Remember the story of Snow White and the witch that hands her an apple? How about the story of Eve in the Garden of Eden? So what is the connection with apples in witchcraft? And why would you use apples in magic? 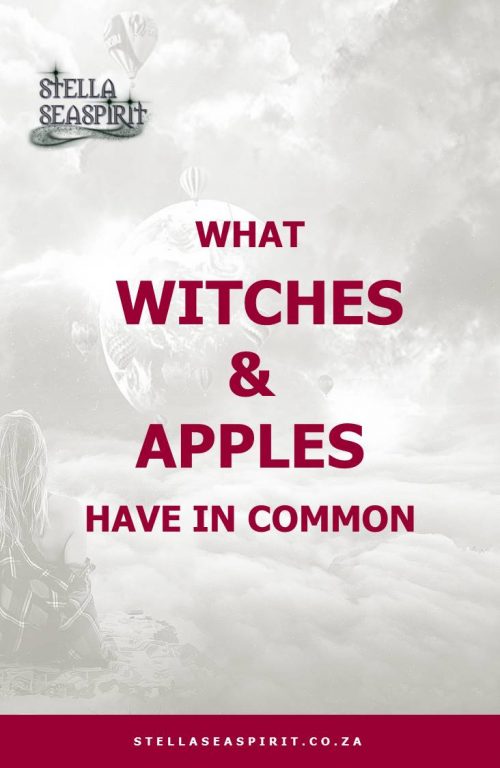 Apples are associated with Venus because when you slice one in half laterally you see the seeds form a five-pointed star reminiscent of the five position points stargazers can track the morning star making in the sky over an eight year period.

Because of this correlation apples are used in ritual and spells to evoke Venusian energy that aligns with all matters of love and partnership, sociability, fluidity of communication, muse, artistic expression, aesthetics, sensual pleasures, beauty, harmony and peace.

However the five-pointed star is also symbolic of the five physical senses through which we experience the Earthly realm in order to gain knowledge about ourselves and the corporeal plane.

Apples have long been associated with knowledge, for example the story about Adam and Eve in the Garden of Eden and it is interesting to note the tradition in some countries where students traditionally gifted their teachers with apples… not a sack of grain or pot of honey or whatever else the harvest may have yielded.

From a metaphysical standpoint we know that what we experience through our physical senses as reality is actually an illusion because our brains are translating a myriad of streaming quantum particles into perceived solid objects such as the said apple. It isn’t actually real – only an expression of life force banded together by a collective construct bearing the label of “apple”.

Apples are strongly associated with witches because witches bring forth this working knowledge of the universe and the cosmic laws that govern our spiritual expansion translating that into an everyday way of being in a realm where humanity was formerly so far removed from its core essence that elapsed who we really are.

As a result they feared and persecuted anyone who appeared to have abilities outside the parameters their limited consciousness could comprehend.

It is now that humanity is again awakening to and rediscovering their original state of connection and Oneness with Source energy and thus reclaiming their power as spiritual creators mastering physical expression instead of giving precedence to illusion over the realness of Infinite Mind. And that my lovely Witches are what apples and you have in common!

← 9 Reasons to Love Being a Modern Witch Today
Snakes and Witches ~ What’s the Connection? →