Be a confident soul connected Modern Witch every day

This is not quite what I thought I was going through university for and planning to do with my qualifications! Spirit had another design and I wanted to share with you a little bit of how I came to being a wayshower for Witchiness in the 21st century.

I was born naturally Witchy

My Barbie dolls were magick-wielding Amazons who communicated telepathically with everyone and everything around them. When I was growing up my parents were studying Rosicrucianism so I learnt about meditation and metaphysical concepts early.

A teensy book she had bought in 1972 aptly entitled “Everyday Witchcraft” by Delphine Lyons. This quickly became my most valued possession. The cover has a white cat on it lying beside a black candle in a silver candlestick and a string of red coral beads. The write up on the back cover begins with “Sorcery in the 70’s! Modern witchcraft for today’s woman! If you dare, you can…”

Much to my dismay. It reappeared two years later inside the cover of another book on the bookshelf where I know it could not have ended up accidentally! I took it as a sign that I was ready. Both books still stand next to each other on my bookshelf today 🙂

A natural sponge for information and random trivia I did well in school and they rewarded those at the top of the class with vouchers for a local book shop (for a bookworm ~ incentive much)?!

Anyhow, I had a special aunt who would send me some cash in a card for my birthday too so I would add that to my voucher purchasing power. The very first book I bought about Witchcraft was “The Supermarket Sorceress” by Lexa Roséan, it was fascinating and like I was re-membering things not learning anew. This really catapulted me into formulating a meaningful process.

I was looking for further understanding about the underlying dynamics of how spells work and I really wanted to build some structure around what I was already doing intuitively.

By 2006, I was a psychology post-grad, a qualified Holistic Therapist, conscious starseed channel and Usui Reiki master, and facilitated my first Deep Magick training for a small group of students.

I had discovered that there was a HUGE difference between talking about the unseen realms and gaining knowledge about them through reason alone VERSUS actually working with the cosmic forces directly.

What I had been looking for was

The trigger that would bring magick to life, not only in my head and heart but in the very fibres of my being so that I could confidently walk between the worlds of spirit and matter.

I wanted to bring the theory into practice and actually feel the shifts taking place.

Understanding how magick and spells work is not enough

Giving the energies expression through you brings them to life in your reality.

I had to reclaim a truer expression of myself, so that I could guide and support you in taking your natural tendencies and inclinations for Witchery to the next level.

In 2010, I launched this website to be of service to sparkling souls internationally. And now I activate and realign your DNA in ways that those before you have had positive results with too, so that you can shave years off your own learning curve and make a quantum shift at an accelerated rate!

1) No words on a page or screen will do that for you.

2) Teachers can only take you as far as they have gone.

Via my bespoke sacred rites I facilitate the space for you to etherically clear away outdated patterns, beliefs, behaviour and energy blocks holding you back from living a life touched by beauty, light and magick.

Afterwards you will feel a sense of renewal, a reset of sorts and you emerge from my etheric healing chamber energised to take action on what you know is in alignment with your core truth. Then it is up to you to build on to that with your own soul wisdom, rising into further new levels of experience.

As an incarnate spiritual being you are not supposed to spend the majority of your time in spirit realms, you are here to fuse spirit and matter and you can’t do that if you deny your material side from taking pleasure in your experience of this living library we call planet Earth.

Witchcraft by my definition is a living philosophy.

It’s a lifestyle that nourishes your soul ~ it is about better knowing your true self and communing with the cosmos (what is greater than your physical sense of self).

I don’t work with deities, instead focusing on archetypes, not because I think that’s the only way to do things, it just feels right for me.

Universal Source energy is not an isolated superior entity from me. We are one and the same. I don’t require an intermediary for what I am capable of accessing within myself, and neither do you.

Deepening your relationship with Spirit and your Source-Self in fact makes you more productive and efficient. It also places you in optimal flow from one moment to the next. Because you are fully in tune with yourself and the energy of a situation, you are better equipped to process and move forward from life’s challenges.

Now is the time to re-member who you are and to stand firmly in your own power. You already possess the potential and ability and just need guidance on how to recall the magick inherent within you. Earth and the Elementals require your assistance at this time to unlock your gifts and abilities and fully step into the Wise One that you are.

Welcome Magick Maker, I’m delighted you are here. Thank you for choosing to be on the planet at this time. Collectively we create a beneficent ripple effect throughout the time space continuum even greater than we can imagine. 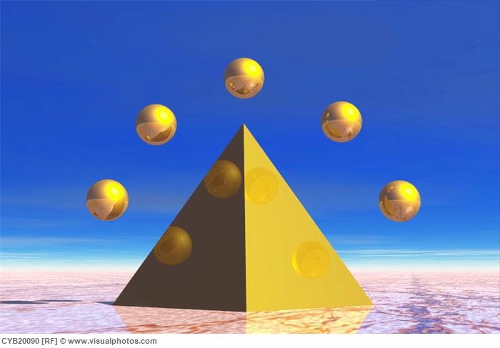 About the Giza Crystals I Use:

The set of crystals I work with are clear quartz. This includes some tiny (and VERY powerful) double terminated quartz crystals which originate from the Jeffrey Mine in Arkansas, U.S.A. They formed in water by double helix spiral generation, which is a rarity in the mineral kingdom. A diver was commissioned to dive 90 feet (27 metres) to retrieve them.

There is a finite number of Giza Crystals left. They cannot be bought, only gifted to those who are aligned by the world renowned master astrologer, psychic and extraterrestrial contactee known as Lavandar.

She was telepathically directed with the task of placing them in the Queen’s Chamber of the Great Pyramid of Giza for 48 hours, while the sun was in Scorpio and the Earth in astronomical alignment with the Pleiades, for a group of off-planet Pleiadeans to place codes of frequency within these crystals.

(If you are unfamiliar with astrology, Scorpio is respected for its qualities of intense and major transformation). As a result, these crystals may be referred to as Star Gates and hold an immense amount of celestial power.

Most people who received these special Giza Crystals would be tasked via telepathic communication to place them in specific locations (sacred sites, trees, buildings, lakes etc) to assist with the restoration of the planetary grid.

However, it didn’t happen that way for me. I started recalling rituals (pages and pages of invocations) using quartz crystals, drawing in celestial and elemental energy to assist people to realign with their natural state. No one else on the planet works with these crystals the same way as I do.

My ability to help you tap into your own power and align it to cosmic flow with elemental and celestial support to personally transform your level of vibration is something I do naturally by recalling these rituals I used to perform in celestial temples with crystals in other timelines (Lemuria, Atlantis, Ancient Egypt).

Using channeled invocations I evoke the celestial and elemental energies that you already carry within your DNA via your astrological natal chart. Because every single cell in your body carries this imprint from the moment you were born and what you wanted to be, do and have in this incarnation.

Your astrological chart acts like a drop of your blood. The unique imprint is held in your DNA. It’s like “Spirit GPS” for the energy sending and this is what triggers the shift, from within you.

This is extraordinary energy work that strengthens your soul mission and purpose for being on the planet and brings opportunities and people onto your path that support this unfolding with more ease and grace.

The quartz crystal grid links up with the grand crystal grid of the Earth and conducts the spiral of energy to wherever you are, permeating your physical and subtle bodies.

Just like ley lines form an energy system, so too do your meridians, chakras and aura. During your ritual the energy infuses your molecular structure, dissolving any energy blocks and bringing your vibration into alignment with your original sacred blueprint.

In sacred space, I invoke the Ancient Ones of Earth, Sky and Spirit and invite the sacred lineages devoted to collective Deep Magick, through all directions of space and time, who wish to step forward at the time of your sending to optimise the next phase of your journey in the highest light and purest intent.

I’ve been conducting distinctive starlight rites and cosmic rituals internationally since 2010 and I consider the fact that many of my initial patrons back then are still patrons today, attests to my abilities 🙂

If you feel ready in every fibre of your being to embody more Source-ry in your day-to-day living, I look forward to assisting you to integrate more of your soul essence, cosmic love, and universal truth in a way that takes your spiritual knowing to cosmic being!

May you experience spiritual activation and expansion into your truer multidimensional nature in the highest, most joyful ways so that the magick lasts a lifetime.

From my Witchy soul to yours, 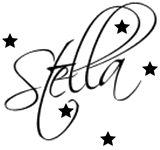 Stella Seaspirit
Your Wayshower in Witchiness