What Mercury retrograde is, what this means for you and how to make the most of this energy. 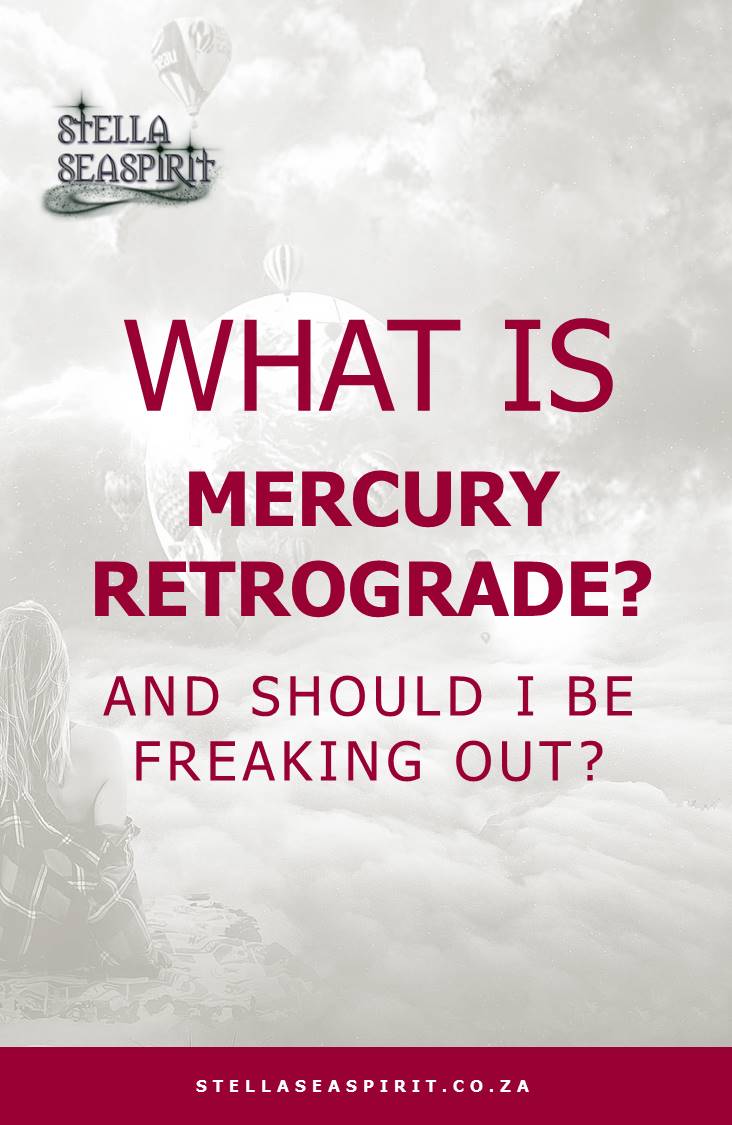 A planet is described as retrograde when it appears to be moving backwards through the zodiac.

This traditional concept arose from an optical illusion due to our relative orbits around the Sun. A parallax view causes it to “reverse” in our sky.

This is a similar phenomenon to when you’re travelling really fast along the highway and it looks like the other slower travelling vehicles are moving backwards. Planets are never actually retrograde or stationary they just appear that way from Earth’s view.

This begins a few days before the actual turning point as Mercury slows, which is referred to as the “shadow period” and lasts a further three weeks or so, until Mercury stations direct again. At this time it halts and begins its return to direct motion through the Zodiac.

As a rule, the effect retrograde planets have on events are related to their sphere of influence. Especially involving the sign in which the retro-gradation occurs. For example, a Mercury retrograde in Virgo presents quite a different set of circumstances from those generated when retrograde in Taurus.

Mercury governs all modes of transport, communication and commerce as well as the people who work in these fields. During retrograde, problems in these areas have the propensity to increase dramatically…

Miscommunications in the form of flawed, disrupted or delayed communications, transport and technological breakdowns and anomalies ensue; mostly due to absent vital facts or components.

Mercury also represents our way of thinking, processing information and communicating. During a retrograde these aspects are re-examined and brought to the fore.

The Meaning of Mercury Retrograde

It is a good time for considering how you would like to proceed in accordance with your heart’s desires, what needs refining and what needs releasing.

The main theme is learning how to go with the flow when things don’t go as planned!

Mercury goes retrograde three times a year for three weeks each time. This is the time to clean out the closets, organise your files (paper and on hard drive), throw out the clutter and donate to charities.

BUT it is not a favourable timeframe in which to move, buy a home, start a new job, get married (anything related to signing of legal documents) or buy any hi-tech equipment. Whatever you start in a Mercury retrograde period will probably not be enduring in your life. Make your decisions wisely at this time.

What do you do with it?

However, during the cycle the planet’s energy is most powerful (and more likely to generate critical events of universal importance) when the planet makes a station thus appearing motionless in the sky.

These stationary periods occur near the beginning of the cycle when the planet first halts as it prepares to “move” backwards and midway through the cycle when the retrograde planet slows to a stop before moving forward again. The “direct station” when the planet halts before moving forward again is the most powerful and the energy can be used for maximum benefit.

Should I be afraid of the shadow zone?

Some astrologers consider the “Mercury Shadow” to begin some three weeks before the actual retro station when Mercury passes the point of direct station for the first time.

I am inclined to agree that noticeable irregularities begin two weeks before and then the really noticeable peculiarities begin when Mercury begins to slow significantly, a week before the retrograde station. Just pay attention to the number of computer and network glitches and smartphone freezes that increase during this time. 😉

The period of “Mercury Shadow” extends to the return date, some three weeks after the direct station, once again in my opinion, most significantly one to two weeks after and operates as an integration period for the insights gleaned during the weeks past.

The planets do not “cause” anything per se; they simply mirror forces that already exist within our consciousness. In the next post we’ll explore 12 positives of what to do at Mercury Retrograde to make the most of this energy stream.