How To Cast a Circle: Sunwise 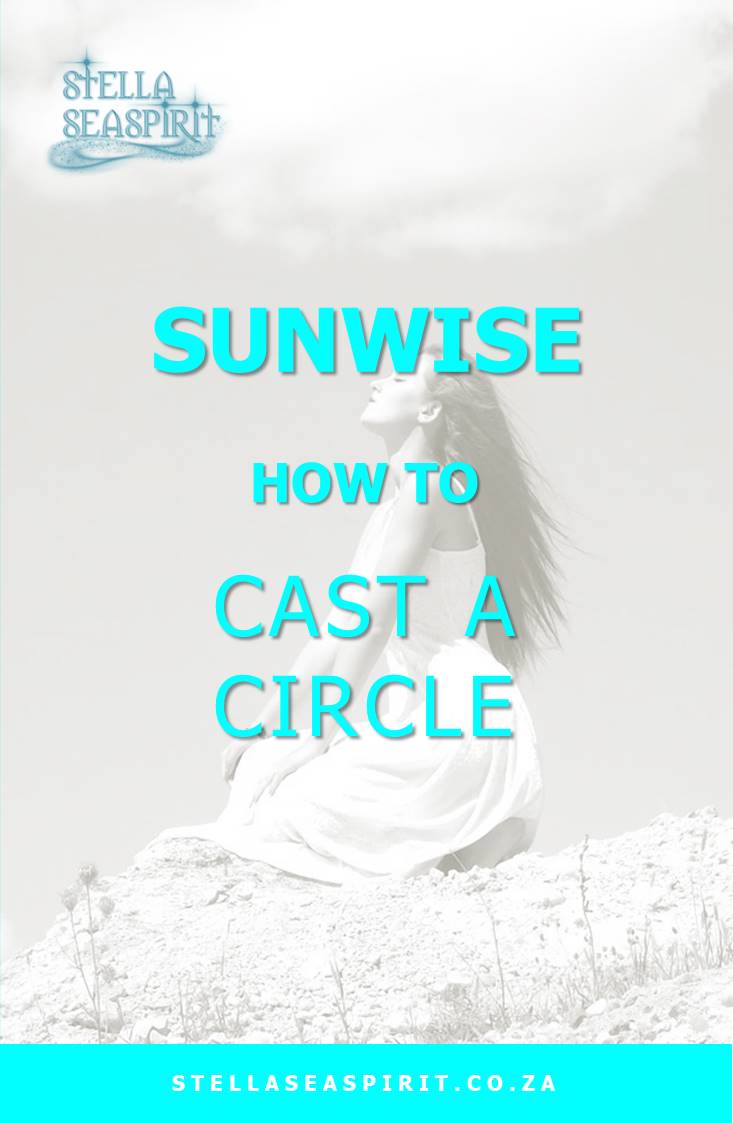 Why casting a circle or sacred space at your altar differs in the Southern and Northern hemispheres and how to do it with these step by step instructions.

To travel or gesture sunwise is to turn from East to West in the direction of the Sun.

In the Southern Hemisphere, sunwise is anti-clockwise.

In the Northern Hemisphere, sunwise is clockwise.

Widdershins (meaning contrary to the Sun)

Deosil (meaning compatible with the Sun)

To charge an object or sacred space below the equator you would gesture anti-clockwise.

To dismantle sacred space or absolve something you would cast clockwise.

To charge an object or sacred space above the equator you would gesture clockwise.

To dismantle sacred space or absolve something you would cast anti-clockwise.

Sunwise motions are symbolic, but also resonate with natural rhythms

➜ With the element of Air you initiate an idea

➜ With the element Fire you gather inspiration

➜ With the element of Water you channel your emotional currency into your working so you feel your desired outcome in every fibre of your being, allowing it to flow from your heart centre so that it ripples throughout the quantum field

North is associated with fire below the equator because the sun is at its height at midday in the North.  (Moss grows on the south facing side of trees because it is the least sunny).

South is associated with fire above the equator, because the sun is at its peak at midday in the South. (Moss grows on the north facing side of trees because it is the least sunny).

If you are in the Northern hemisphere you would cast as follows; beginning East, turning South, travelling West, moving North, completing the circuit by returning East.

If you are in the Southern hemisphere you would cast as follows; beginning East, moving North, travelling West, turning South, completing the circuit by returning East.

However these are not absolute “rules”. The directions and element associations are subjective and it’s best to see how they reveal to you while you cast. It can change a few times until you find your comfort zone.

Also, if you were born in the Northern hemisphere and now live in the South you may continue to sense the elements from the directions you know them from your land of birth.

Stick with what feels right for you and don’t feel like you can’t change your mind, opinions or practise at a later stage 🙂

✶ How to Get Anything You Want

✶ Cast a Spell with Colour Every Day

What is the Pleiades Alignment? And How to Consciously Connect

Mars Retrograde – How To Benefit From This Slowing Down Energy

And you will feel more deeply connected to Source energy and your inner witch.