So you may really like the idea of wielding magick and creating what you desire at will. But what kind of side-effects can this drive throughout the quantum field? 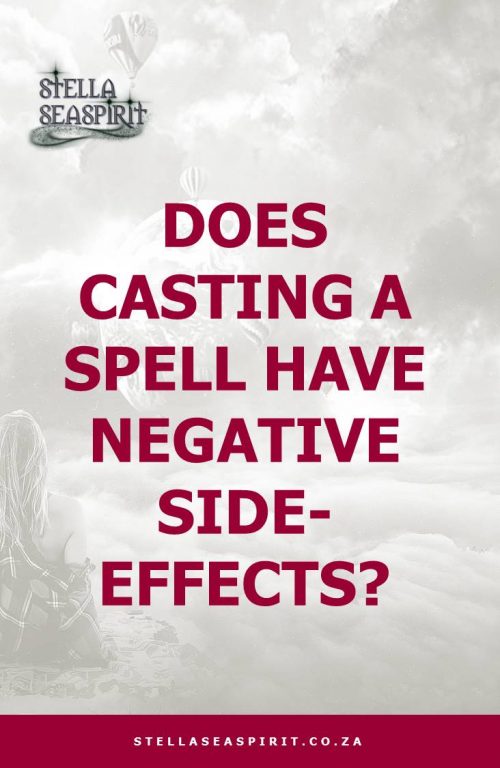 We have all heard the urban legends about the girl that cast a love spell who then met the perfect man only for the relationship to be short-lived and end traumatically.

Or the one about the guy who cast a money spell and his father died in a car crash the next day so he received his inheritance.

Based on those cautionary tales, I can’t blame newcomers to the Craft for experiencing some hesitancy and anxiety when it comes to the point where you consider casting your own spells.

Only if you believe that what you are asking for will have a negative side-effect or if you deem what you are doing as “wrong” from the outset.

There are a number of factors to take into account that affect the vibrational space you cast your spell from that is, the energy your request is born from.

When you cast a spell it is like blowing bubbles. You touch the very essence of its form with the life force you breathe into it at the time you cast it into the universe. Manage that breath well and experience high-quality results.

1) You may change your mind later

2) You may not have all the facts immediately

The detail of the matter is

The detail of the matter is that you don’t inflict harm on anybody.

If you have been wronged and seek justice (you need not specify the means by which it is delivered) it is that own person’s actions, thoughts and feelings about what they have done that engulfs them.

Likewise you don’t cause another’s death. It is their time when they go. No one dies “before their time” or “too young.” It is a soul level choice. Whatever you do, make sure you feel comfortable asking for it and are willing to explain why you did it, in the case of casting for vengeance, to Source (or your preference).

Worried whether performing ritual can open you up to all kinds of ills?

If you are confused or frustrated about spellcasting or totally inexperienced Zero to Witch is a sacred journey that will take you from Spellcasting Novice to Spellcasting Adept in just 8 weeks.

(Without long-winded, dry, complicated ceremonial procedures and a long list of additional items to buy or any mandatory ritualist tools). Your body is a magick wielding miracle and I’ll show you EXACTLY how to be your own wand!

← Magick = Free Will + Witchiness in Motion
Does performing ritual open you up to unwanted things? →