Reincarnation: I was that famous person right? 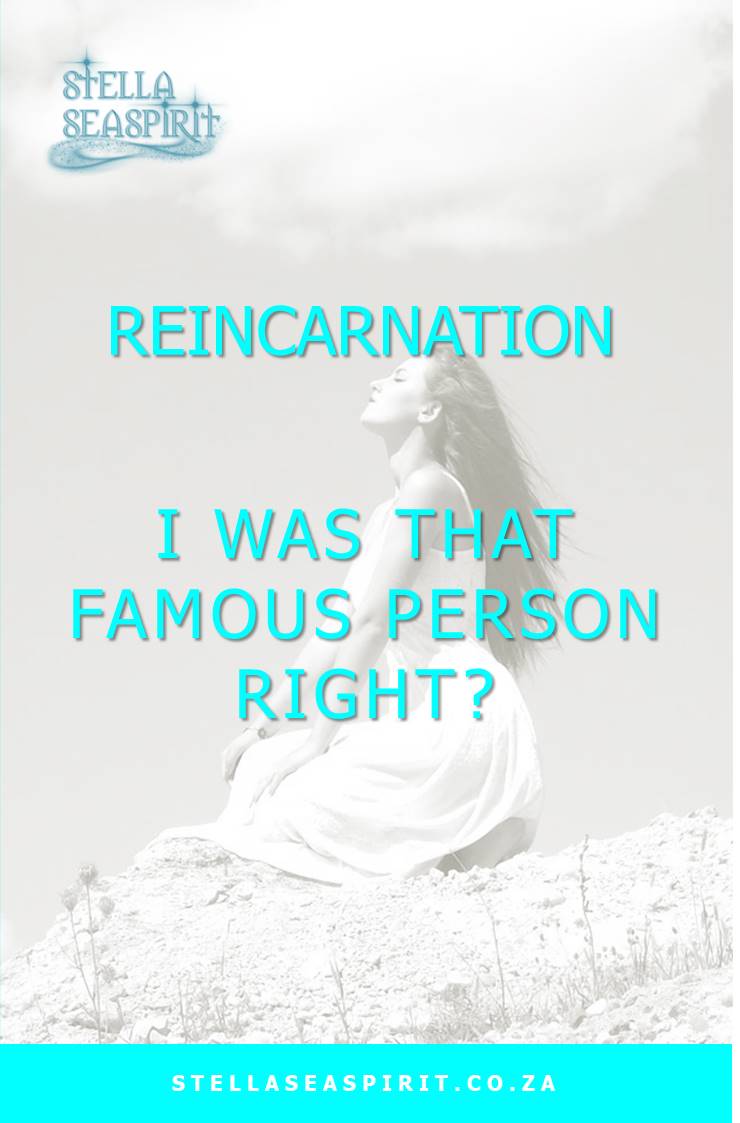 A favourite point of reference for sceptics, about whether reincarnation is real or not, is the commonality that so many people claim to have been a prominent figurehead such as Cleopatra, Merlin and Joan of Arc in another life.

There is a simple explanation to how and why this occurs.

Much like the genetic lines we are accustomed to with DNA testing and genealogy, there also exist galactic bloodlines.

These bloodlines are carefully selected and engineered by various groups and federations that are regulated by overseeing councils for whatever grand experiment is being conducted on the Earth at specific periods.

When someone claims that they strongly identify with an incarnation as a famous icon what may be occurring is that they are sensing an affinity with the consciousness  of that specific person and their mission (what they came to sow on the planet, what they stood for, their resounding message).

This arises from their own soul aspect having lived, loved and died with those people in close relationship to that leader’s influence or even as part of their inner circle. That is to say, their soul chose to incarnate at the same time in support to the unique mission and shared soul group vision within the unified field.

These cellular memories held in DNA can be confused with the fragment of consciousness or expression of Source energy that leader embodied and so they end up thinking they were that person instead of a multifaceted part of the movement that they came here to create together.

This confusion only occurs as a result of taking on the veil (forgetting our origin) for the game of an Earth incarnation. We are not disconnected from our soul aspects, we exist within a unity consciousness. Separation is an illusion within the Earth hologram. Unity consciousness is what we are returning to here on Gaia now.

Along a similar vein, I describe archetypes as etheric imprints that exist in our psyches.

It is human nature to project our ideals onto others. We may aspire to be like a celebrity because we identify with the archetype that they mirror for us. Thus we decide (either consciously or subconsciously) to emulate them when we are really just invoking the archetype that already exists within ourselves.

A timeless shimmering drop in the sea of eternal existence.