Venus Retrograde – 17 Motives to Attune to This Energy to Flourish 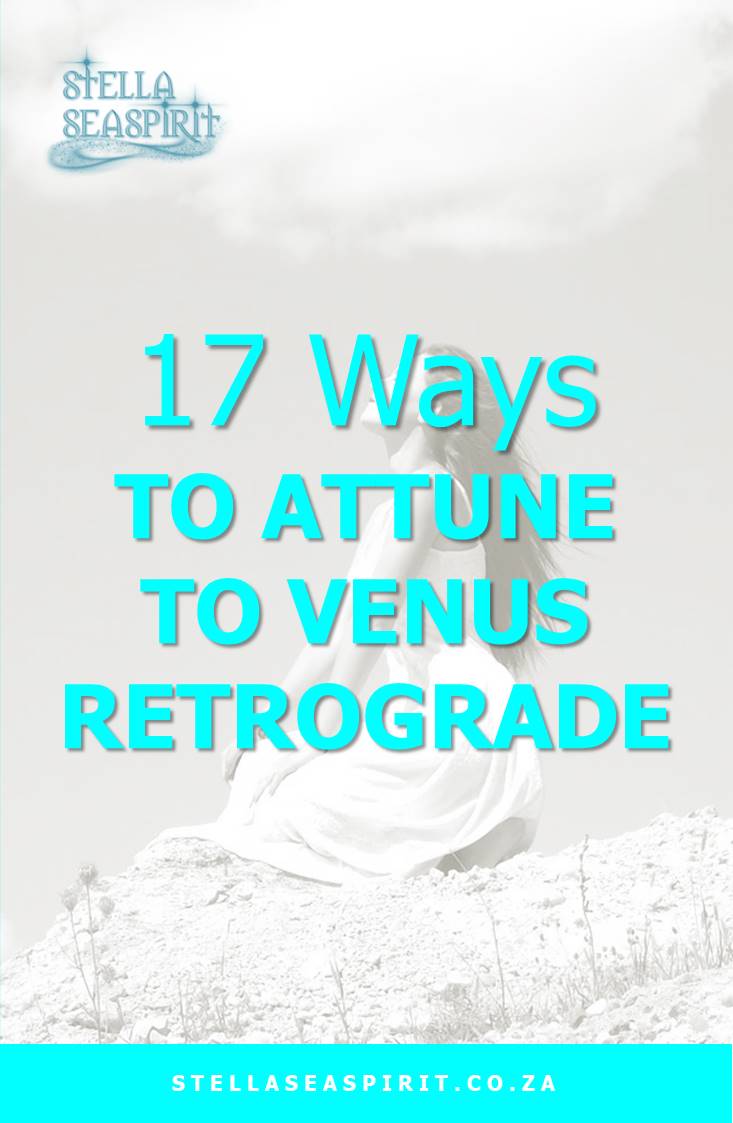 How to work with Venus Retrograde energy, 17 Ways to use it to your advantage, and why you would want to.

For approximately 40 days and 40 nights between 6 October 2018 and 16 November 2018 Venus will be retrograde from our perspective here on Earth.

During this time its influences are more palpable and tend to dominate specific Venusian trends in our lives.

This means some discomfort and keen self-awareness in the respective life area the planet correlates with, but it also means long-lasting change and increased productivity in that area.

Cast your mind back to what happened in your life particularly related to the areas of love and money between 5 October 2018 and 16 November 2018, the last time Venus was retrograde (in the sign of Scorpio, then Libra then back into Scorpio).

This retrograde, Venus will be in Gemini.

The last time Venus retrograde occurred in Gemini was 15 May to 27 June 2012 so pay attention to the themes that occurred back then and another 8 years prior, 17 May to 17 June 2004.

That’s not to say you will experience the same type of event however there can be an underlying familiar old pattern that arises to say “hello old friend”. Except this time you are engaging it from a different wavelength ~ older, wiser and stronger 🙂

This is not about worship of a deity. The idea is that cosmic patterns move the energies in a fluid way over the Earth and we are able to activate them more easily within ourselves.

After approximately 2000+ years of distorted patriarchal dominance the divine feminine goddess energy is reintegrating with our way of being on the planet, stimulating more intuitive approaches in all respects that aid in restoring harmony and balance on this plane. 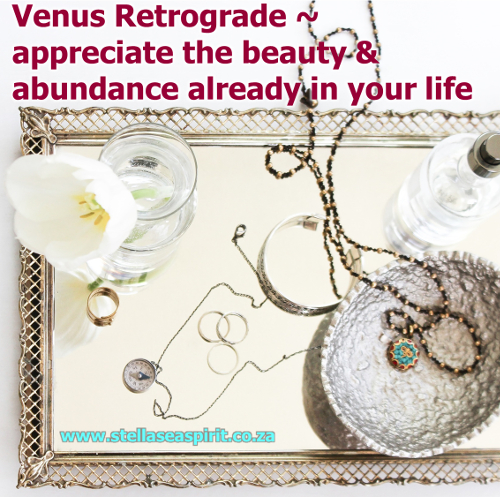 Attune to Venus retrograde energy to:

1. See the beauty, abundance, friendships/any other human connections and all the good already in your life

2. Develop more happiness and peace in your life (What do you know better? Where do you want to do things differently?)

3. Foster centeredness within by stopping to smell the roses and acknowledging the beauty around us so often taken for granted

4. Cultivate the inner qualities of self-love and appreciation of inner beauty

5. Pamper your physical body as your most valuable asset (without health, loved ones and something that uplifts and inspires you every day money is meaningless)

6. Bring laughter and joy to the lives of others that instils hope, serenity and faith

9. Evaluate where you are over giving or under giving in a relationship (any type) and perhaps prepare to let go if it no longer serves you

10. Boost your allure to attract a new love

11. Re-examine how you want to present yourself to the world and if it matches what you wish to experience

12. Recognise your self-worth and the value you provide to others

13. Explore and open up to new possibilities for different or enhanced income streams. Poise yourself for a fresh realisation that creates breakthrough regarding a financial blockage

14. Re-assess, recommit or release your spiritual path (or any form of partnership)

15. Work with a woman to explore the possibilities of a project/aspiration that is important to you or focus on developing women-related projects

16. Embrace your feminine power, with long spa style baths, time outside connecting with the Earth through your feet, belly or back

17. Take a dance class like belly dancing, Latin American or even Zumba with hip movements that stimulate your creative sacral chakra

Have you have felt the call to deepen your spiritual practice?

But you feel like you just don’t know how to allow everyday life to merge with that innermost aspect of your being?

These FREE Energy Alignments are designed to get you into your power and cosmically connected *fast* They will help you shift from not knowing what you are supposed to do, worried you will do the wrong thing to feeling comfortable and clear in your true nature every day. Check them out here.