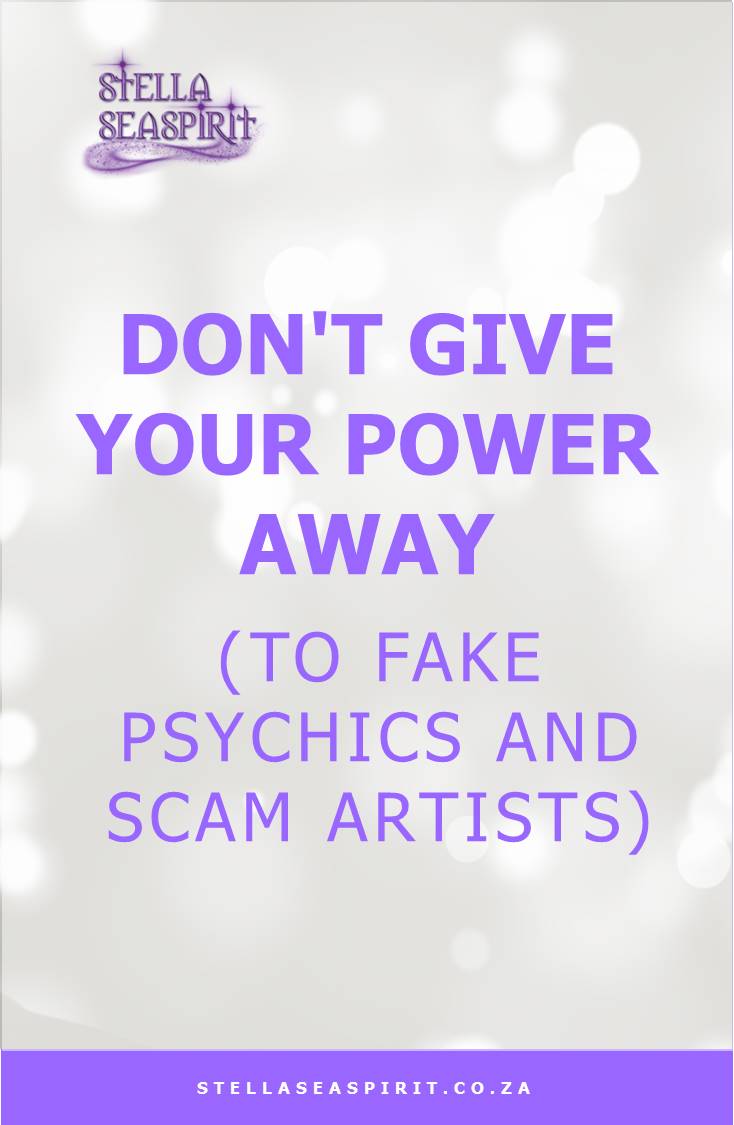 Psychic scams are a fear-based method for you to hand over your hard earned cash to avert a dark cloud or curse around you that essentially does not exist.

Let’s begin with an example to set the scene:

You go for a psychic reading with someone, they tell you several things to build up rapport and establish a level of trust then they say you are hindered by a curse or have an attached parasitic entity.

Next you are told that the issue can be resolved for a fee and usually they advise you not to tell anyone about it so as not to spread the negativity. This is to prevent you from talking about it to others who are likely to talk some sense into you.

You hand the fee over (a reasonably large amount) and they get to work, sometimes with great pomp and ceremony. Afterwards they will contact you and say it is worse and demand an even higher fee (usually triple the original amount) to banish it for you to prevent some imminent harm befalling you or loved ones.

People… this is EXTORTION!

Some individuals craft energy constructively to harness life force directly from its source for personal growth. This is also constructive for others because when you thrive on all levels you benefit the Greater Whole. Energy flows around and through these practitioners so they receive and exude energy.

Other energy-crafters practice destructive techniques, both toward themselves and others since they prey on the vulnerable and misinformed to fulfil their own insecurities.

However, this fulfilment is only temporary because they are not tapped into source energy directly and cannot re-energise themselves ~ only feed off of the energy of others. These practitioners can only receive energy by siphoning it as they are unable to contain or sustain it.

This is because they don’t know how to plug into vital prana or are unable to do so because they are separating themselves from All That Is either consciously or subconsciously and therefore cannot receive the natural influx of life force energy because they have on some level chosen to shut off from it.

They seek out vulnerable people who are tapped into life force (most individuals) and convince them that they are lacking something, that there is a critical imbalance or that something is wrong with them and requires fixing.

This is how they hook their prey and through fear and manipulation are able to control and dominate individuals to reject the natural energy currents flowing around and through their being, scrambling their ability to listen to their own intuition because they have been shaken from their Power Centre leading them to resist energy flow and impose barriers to their wellbeing.

They then draw on your life force draining your energy and most often exploiting other resources, particularly money, as they demand it from you for services that are quite unnecessary since they have tricked you into believing that you need them by mining your fears, creating disruption, chaos and doubt and convincing you to give your power away.

Always ask your Self “How is this information supporting me to move through (whatever it is) I am going through?”

✶ How To Break A Curse Yourself

✶ How To Cut Cords Properly

✶ How to Get Over Your Ex: Dissolve Ties, Heal From Heartache and Move On

Mercury Retrograde Effects – 12 Positive Ways to Work With This Energy